Herbert Mehler was born in Germany in 1949, and started working alongside his father, a wood sculptor, before studying at the Nuremberg Academy of Fine Arts, where in 1976 he received a prize in recognition of new talent. From 2003 to 2009, he created his first ‘Kavex’ series, whose title is a combination of the German words for ‘concave’ and ‘convex’. Using sheets of Corten steel which he cuts and folds into shapes observed in nature, he applies mathematics and technology to produce biomorphic sculptures – allegories of the organised beauty of the natural world. Despite their obvious connection with new technologies, Mehler’s sculptures are nevertheless in perfect harmony with the ancient lines to be found, for example, in Gothic cloisters, thus forging a dialogue between two eras that transcends the limits of space and time. In 2010, Mehler began a new series of sculptures, whose symmetrical curves freely create open shapes. This series is called ‘Apsida’, after the Greek word for apse or arch. 9 sculptures in the gardens. 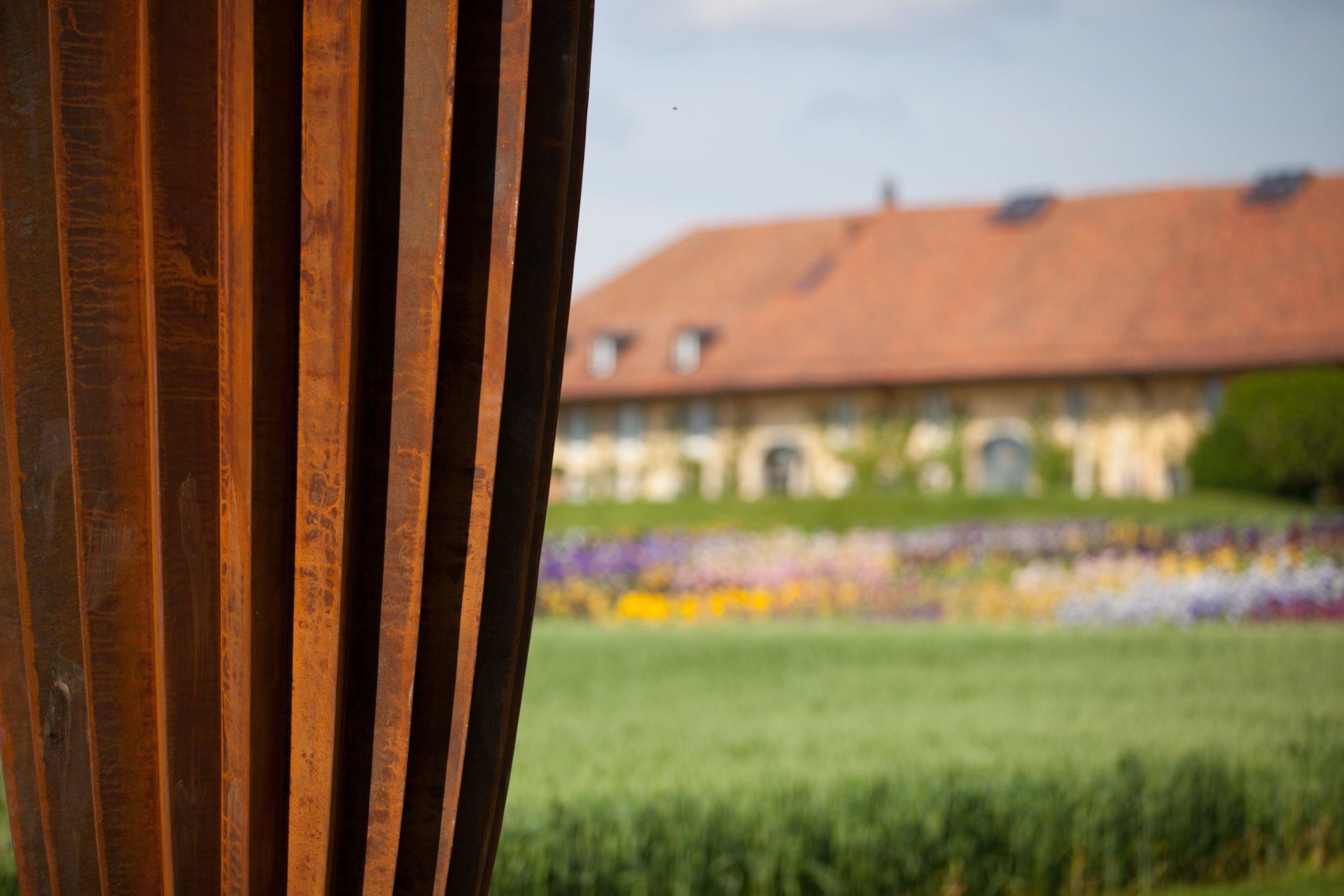 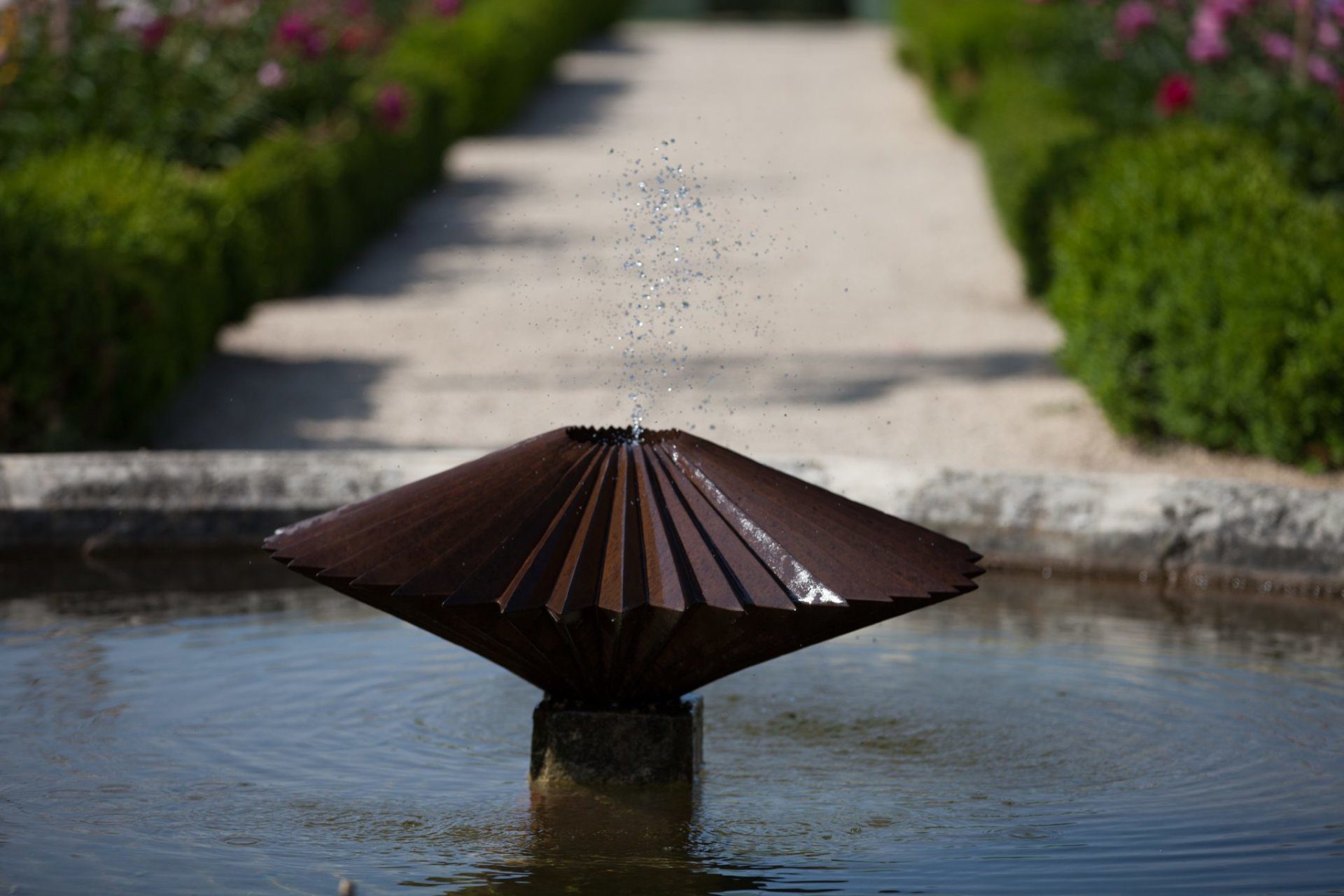 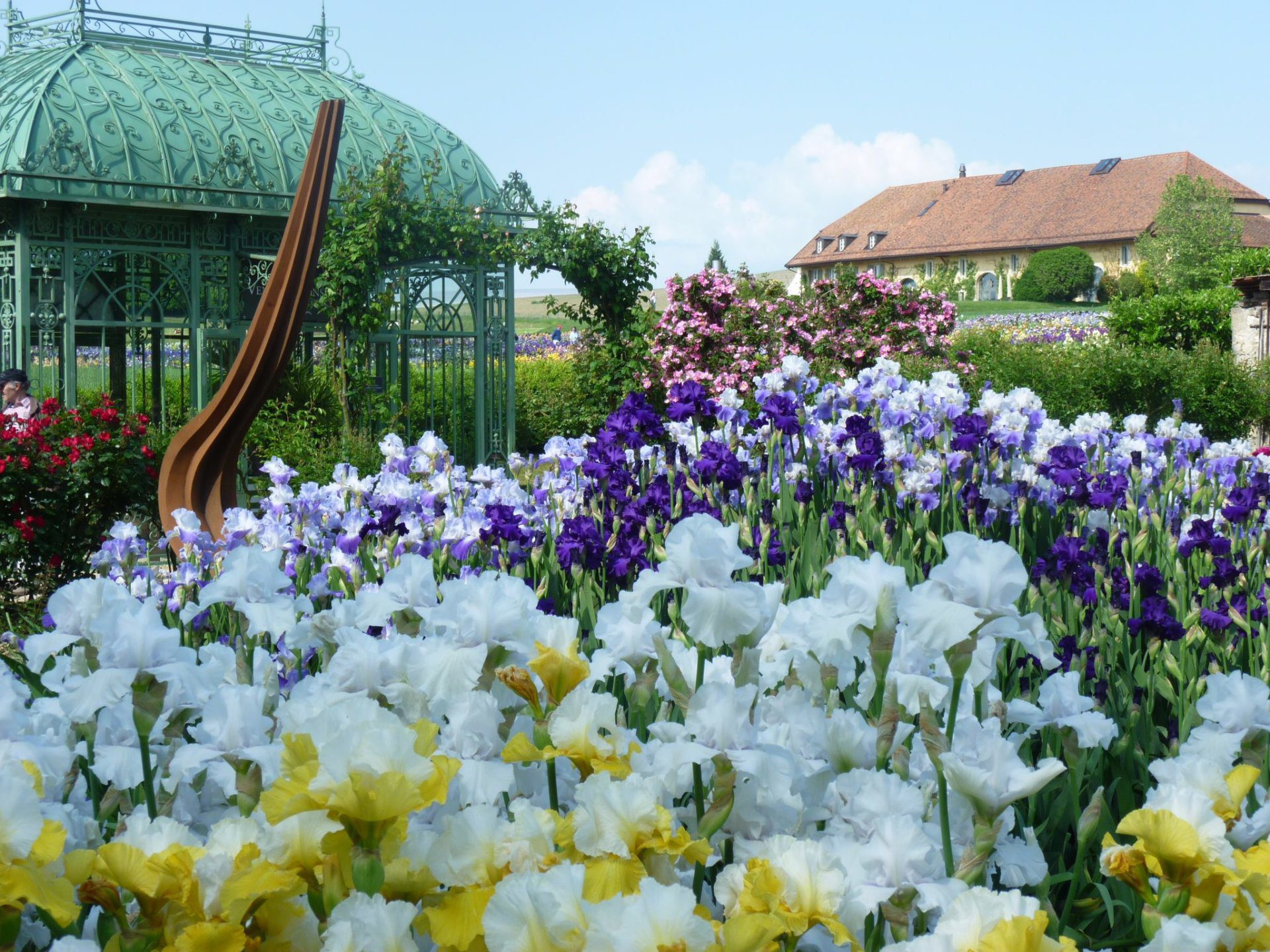 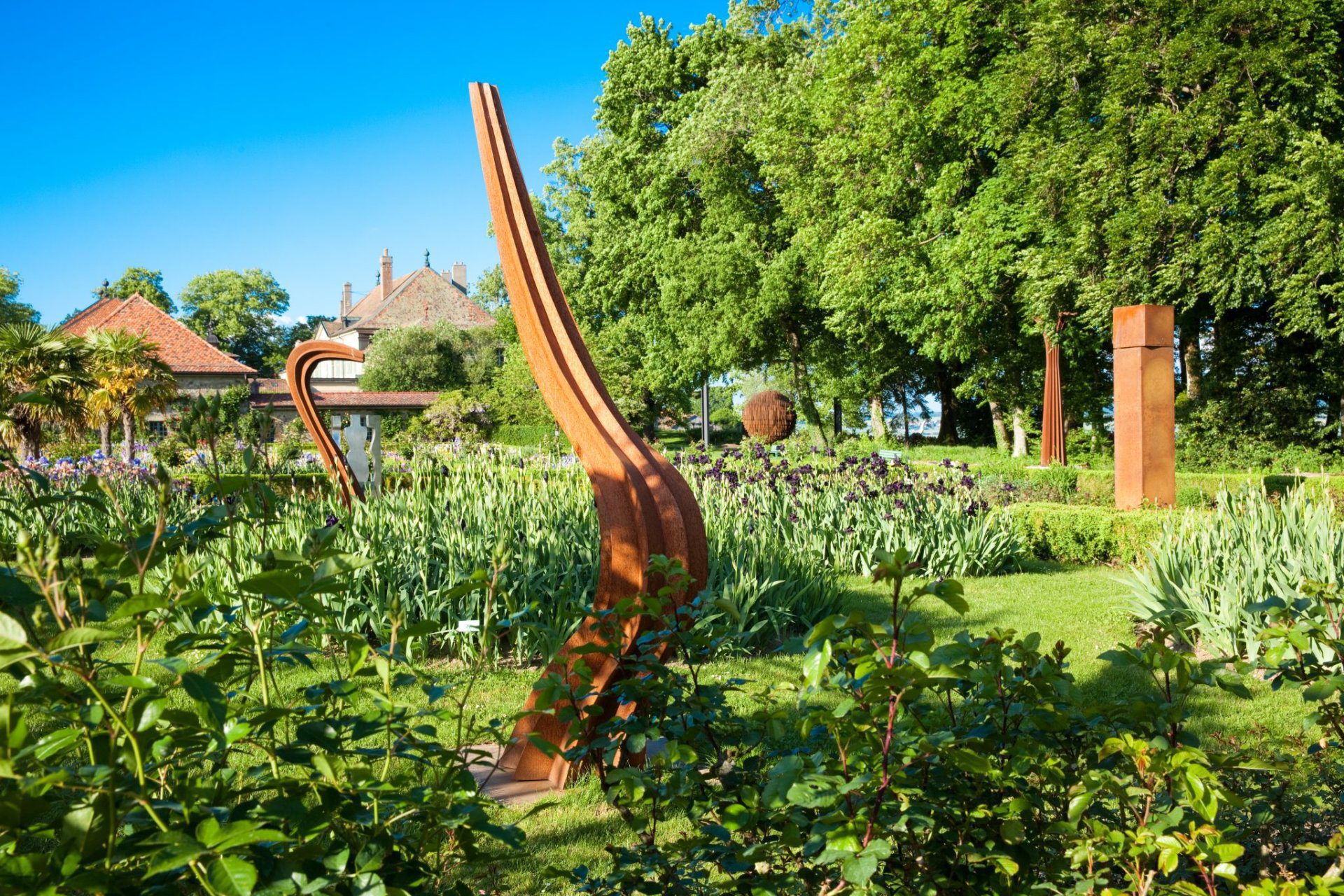 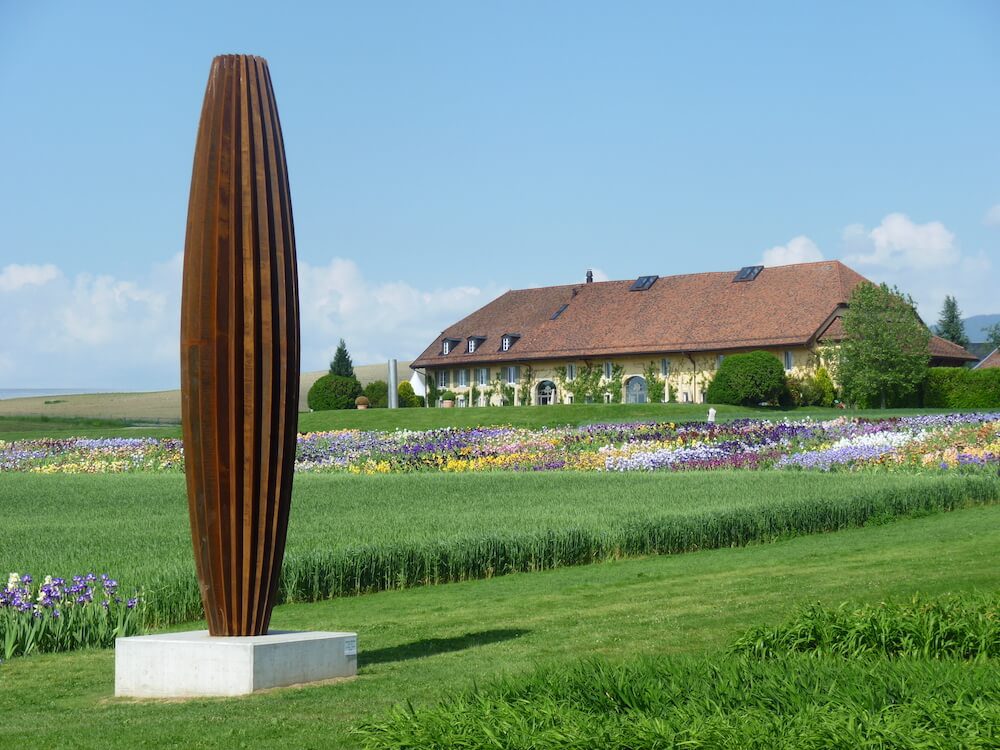 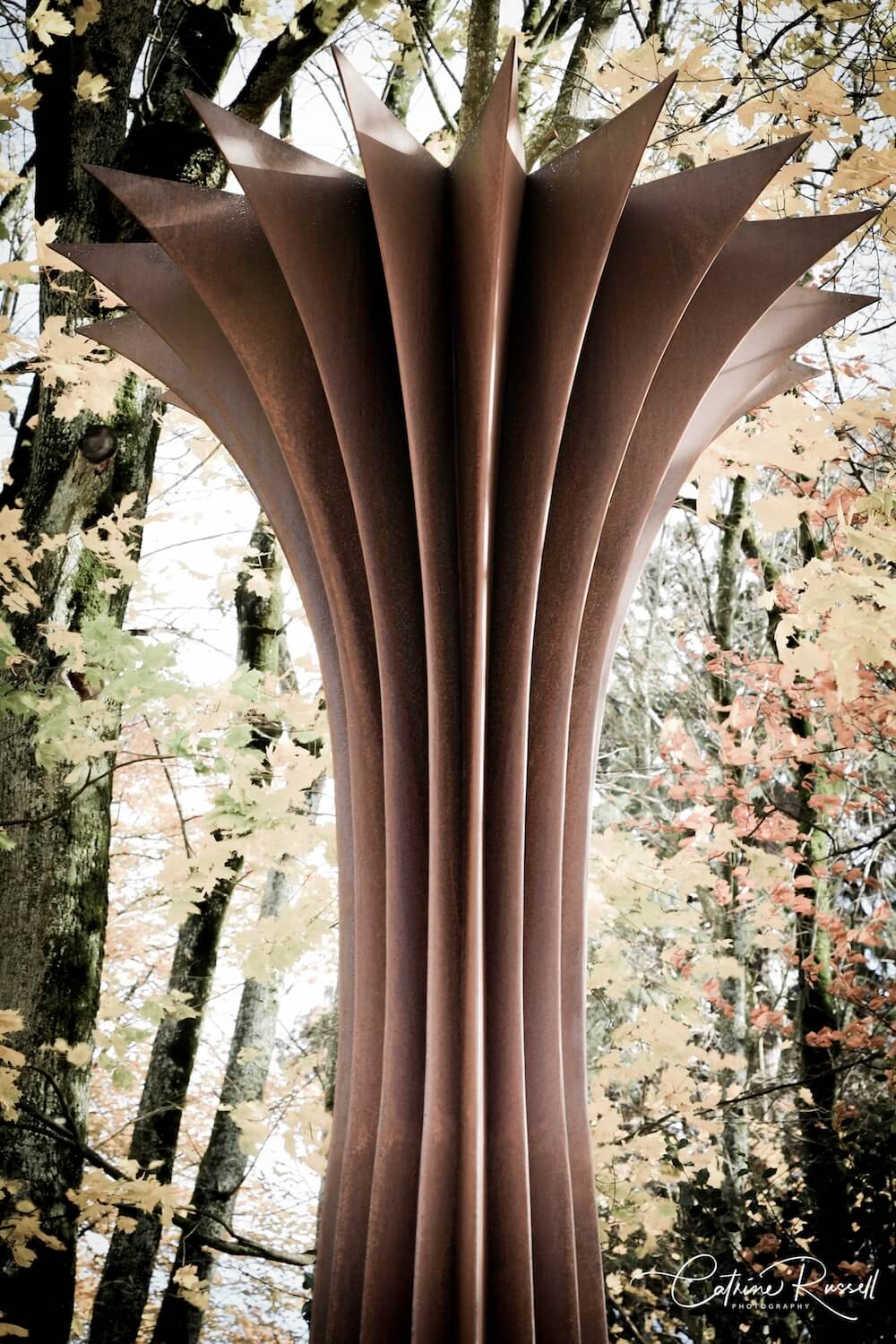