A legacy of women 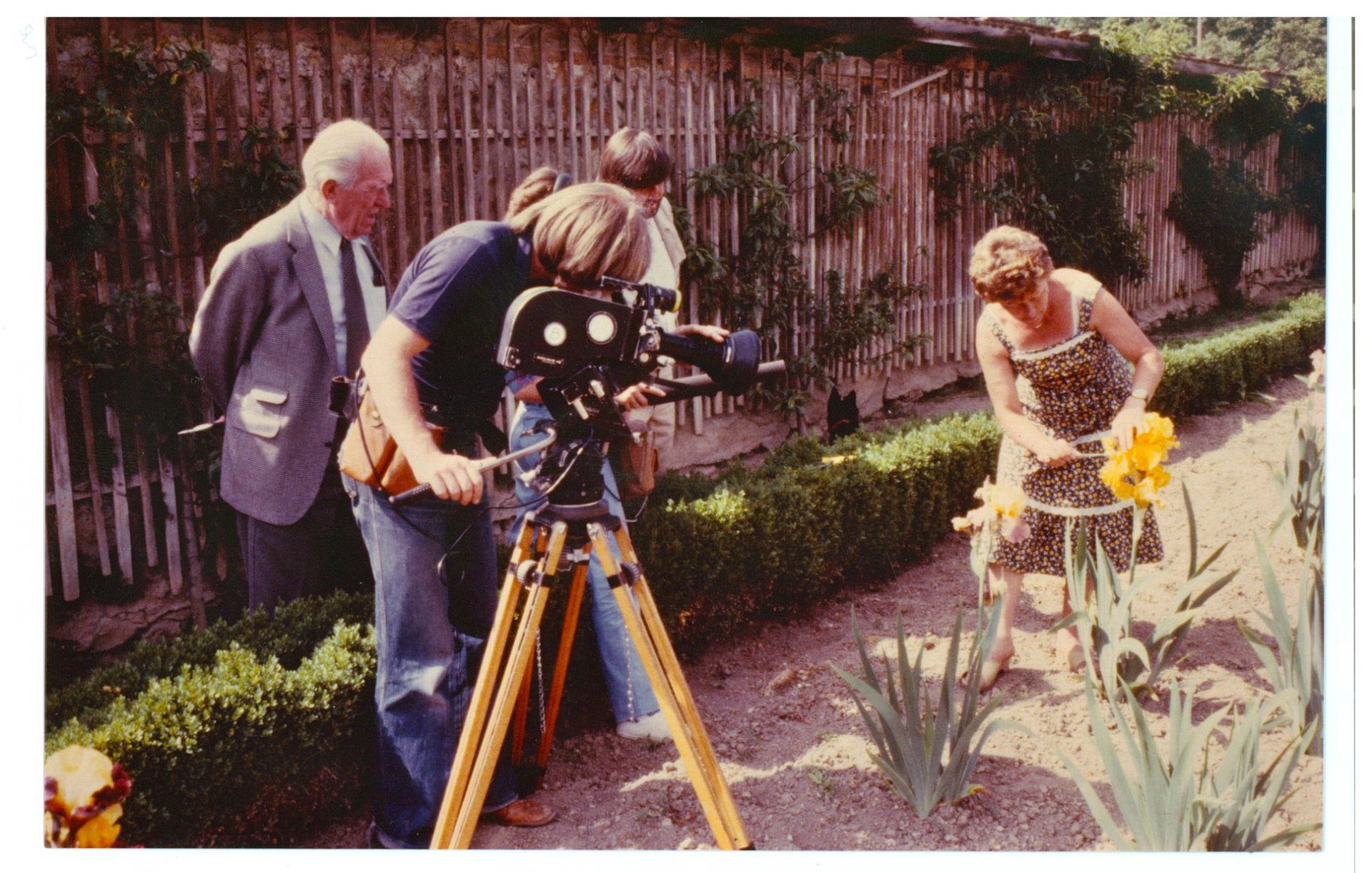 Six women are behind the gardens at Vullierens. Doreen, Dorianne, Daria, Gabrielle, Lucy and Silvana. While they may be less famous than the hundreds of varieties of iris that grow here, each deserves a flower in her name. For them, caring for the gardens means more than a passion or a job; it is a lifetime’s vocation.

Doreen Bovet, wife of Dr. Bernard Bovet de Mestral and mother of the Château’s present owner, was first to plant a garden in the grounds. Originally from San Francisco, she naturally turned to Schreiner, a renowned Swiss grower based in the United States, for five new varieties of iris, her favourite flower. Sixty-five years ago, when she planted the first rhizomes – the aptly-named Miss California – little did she imagine that a few decades later this would become the largest collection anywhere in Europe. A keen gardener, Doreen had entrepreneurial flair too. In 1955 she opened the grounds to the public to help fund the cost of maintaining such a legacy. Each trip to the United States became a pretext to bring back elite new varieties, selected by the most reputable growers. Doreen died in 1974, having devoted the last twenty years of her life to creating and maintaining these wonderful collections of flowers.

Dorianne Destenay-Bovet, was the wife of the Château’s owner. Originally from Prague, when she became part of the family, Dorianne quickly took it upon herself to continue the project her mother-in-law had started. As a renowned artist and a practitioner of colour field painting, a style that originated in New York, for more than thirty years she filled the estate with her wonderful sense of colour and artistry. She was actively involved in the renovation of Portes des Iris in 1998 – she imagined the terraces and gardens around what had been farm buildings, and designed the majestic glass doors with their floral decoration, as well as the chandeliers which she had made in Tuscany. Her love of art inspired her to introduce large-format sculptures to the gardens, thus adding an artistic dimension to the botanical one. It was Dorianne who invited Manuel Torres to exhibit, having fallen in love with his work while hiking in the Jura. Today, 93 sculptures by 27 artists contribute to the gardens’ unique atmosphere. On Dorianne’s death, the Château’s gardeners continued to care for her legacy, and her influence can still be felt today.

Daria, daughter of Doreen Bovet, inherited her mother’s passion for gardens, flowers and irises in particular: she could recognise each of the four hundred varieties by name. Each year she would travel from her home in New York to spend summer in Vullierens and enjoy the gardens. Daria passed away in 2013, and a garden was created in her memory the following year.

Gabrielle Martiginer, seconded Doreen in transforming the gardens into a magnificent blaze of colour, season after season. As a little girl in Vullierens, “Gaby” was a familiar face around the Château. She watched the first irises being planted, learned all there was to know about these flowers, and ultimately became one of the gardeners. For 70 years, until her retirement in 2003 at the age of 84, she was the heart and soul of the gardens, tending each square metre of the stunning show of vibrant colour that returns each summer. Gaby played an essential role in the Château’s development. Having taken over from Doreen at the head of the gardens in 1974, and helped by Dr. Bovet, she created several new varieties of iris, two of which would feature on postage stamps issued by the Principality of Monaco, following a visit by Princess Caroline. She also gave instructions for the creation of the daylily collection.

Lucy Mercier, also born in Vullierens, would succeed Gabrielle, who taught her well! She learned the secrets of how to grow and care for these delicate blooms, and the name of every single variety. When in 2004 she in turn became head gardener, she became the guardian of the gardens’ memory too. Half a century after those first lessons, Lucy can still be seen passing on tips to visitors and removing spent blooms from the flower beds. The habit of a lifetime!

Silvana Facchini, the chatelain’s partner for 10 years made a significant contribution to the property. Of Italian descent, Silvana was born in Sao Paulo. In 1999 she opened a contemporary art gallery in Miami whose reputation quickly grew, not least as an exhibitor at the famed Art Basel Miami fair. From 2007 to 2016, she devoted her energy and knowledge of art to the restoration of the Château’s interior and to expansion and improvement of its gardens. Hundreds of multicoloured roses, her favourite flower, were planted at her initiative. She designed and installed the kinetic rose garden established in Dorianne’s memory. Silvana also curated numerous exhibitions in the art gallery and the property’s sculpture park.