What began as a typical eighteenth-century vegetable garden supplying the Château’s kitchens was redesigned the following century as an English landscape garden. Almost 400 varieties of iris, 13,500 daylilies, over 400 roses, white tulips and an impressive collection of peonies and mature shrubs greet visitors. Some of these flower beds have also been “planted” with sculptures by Manuel Torres, Étienne Krähenbühl and Herbert Mehler.

A laburnum-covered tunnel runs through the garden to the orangery, which follows a nineteenth-century design. Twelve exotic palms surround an ornamental basin in its centre. Recently planted, palm trees grew in the courtyard of the Château in the nineteenth century. A Rose Walk follows the old garden wall for over a hundred metres. It leads into an open area, the setting for Mireille Fulpius’ installation. 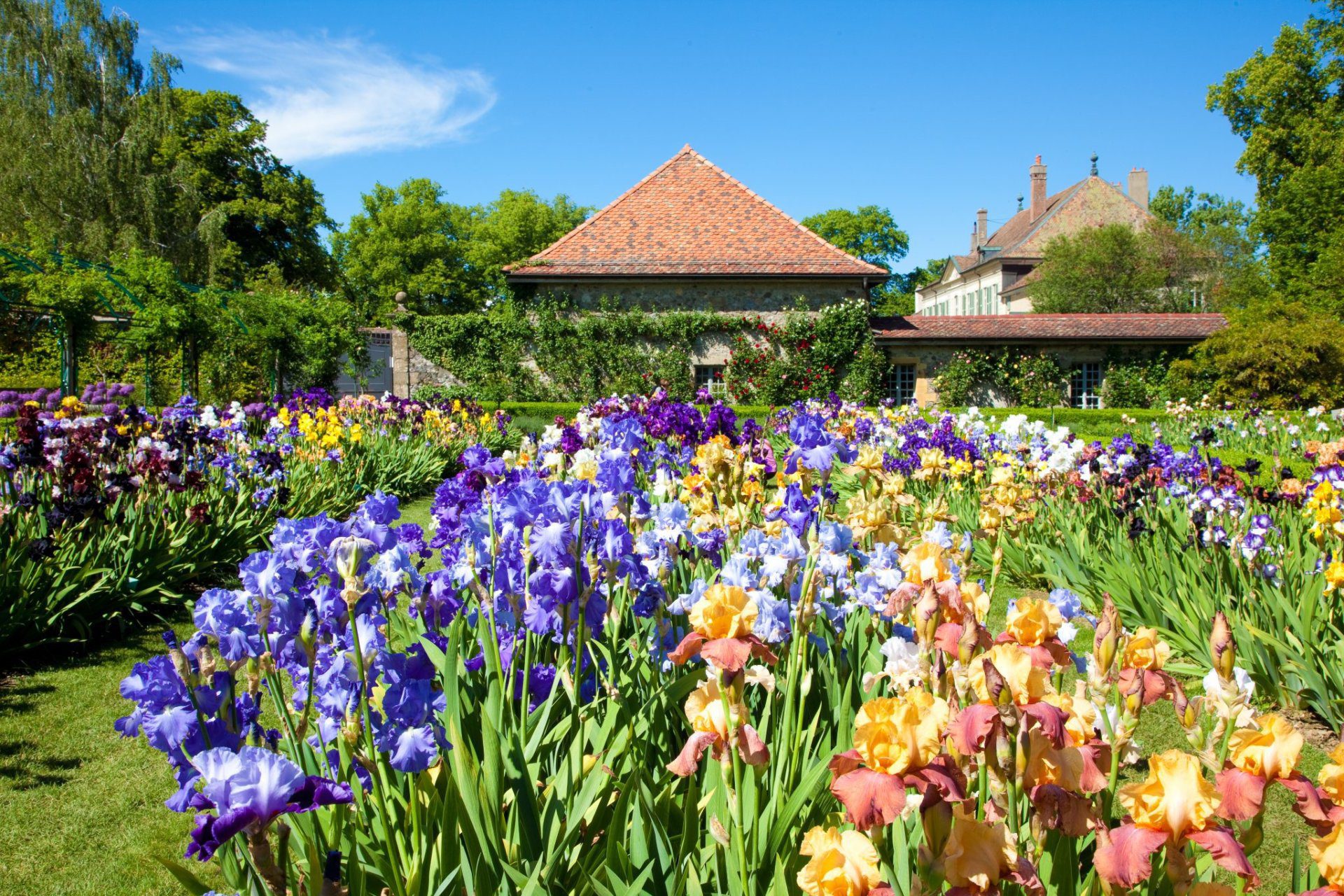 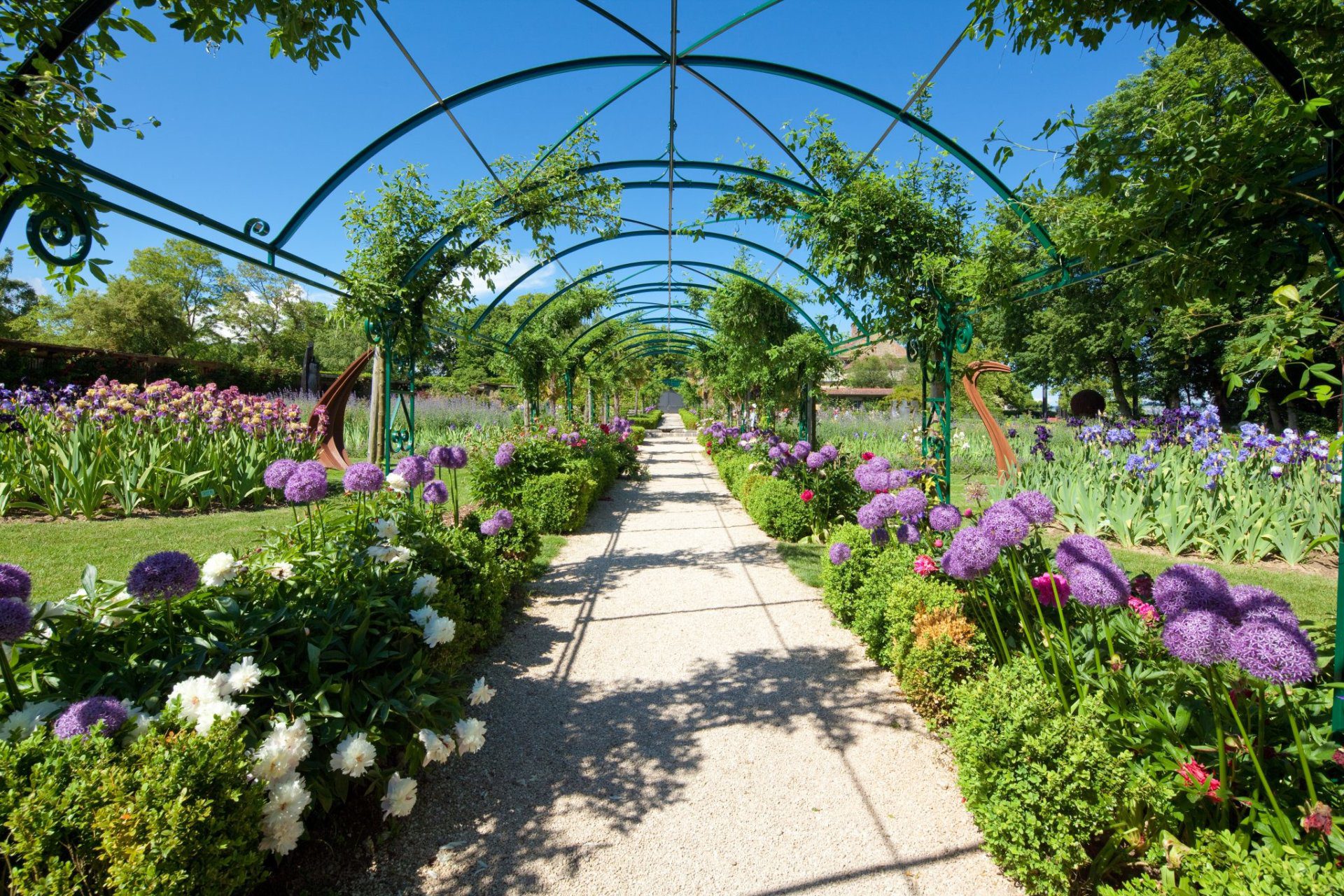 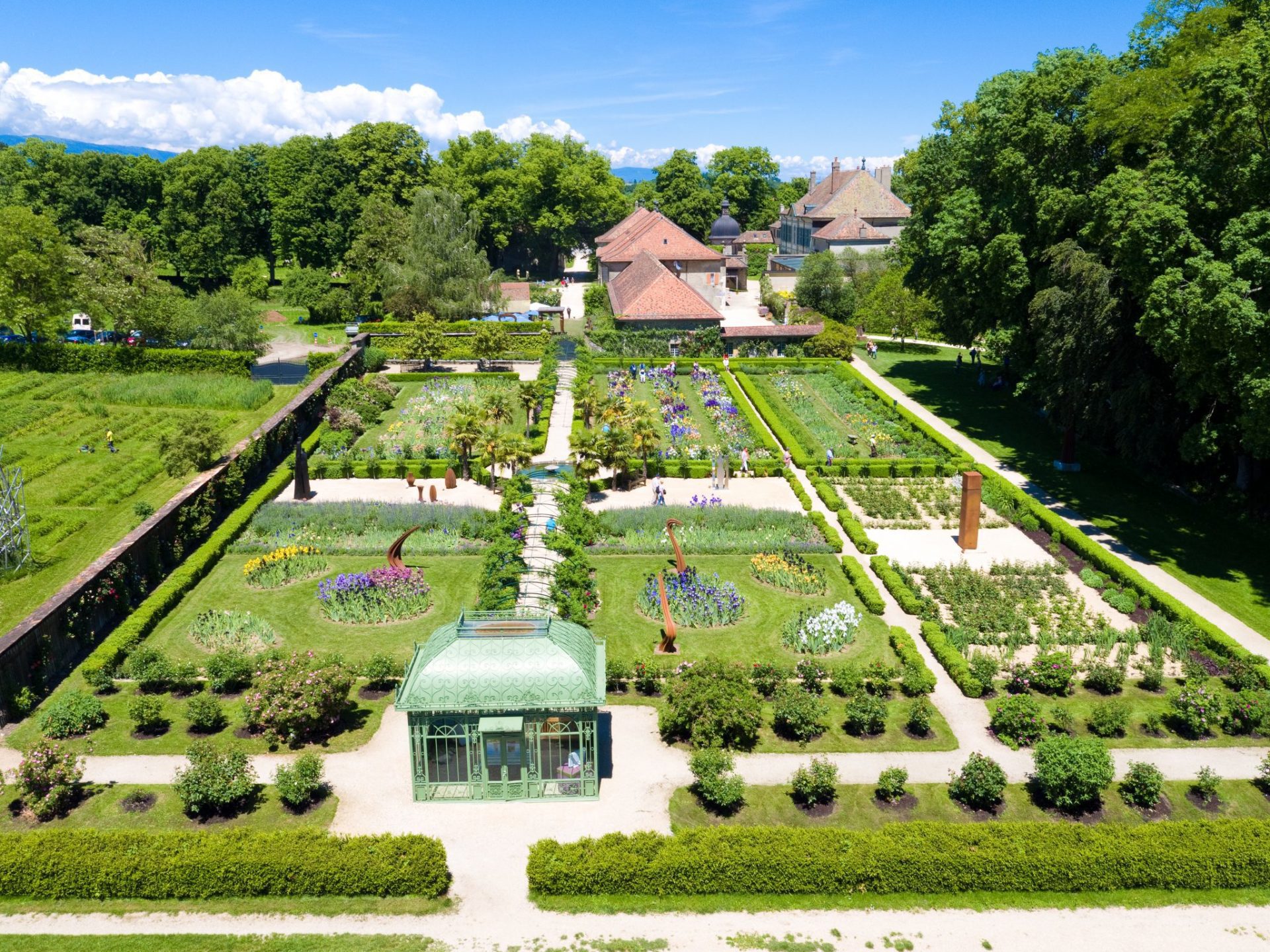 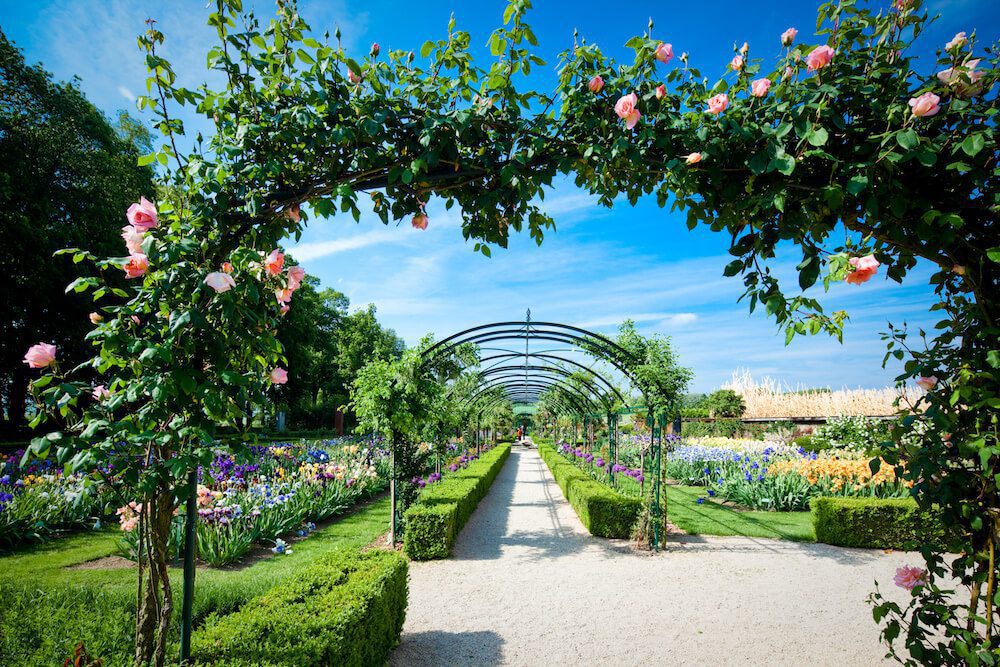 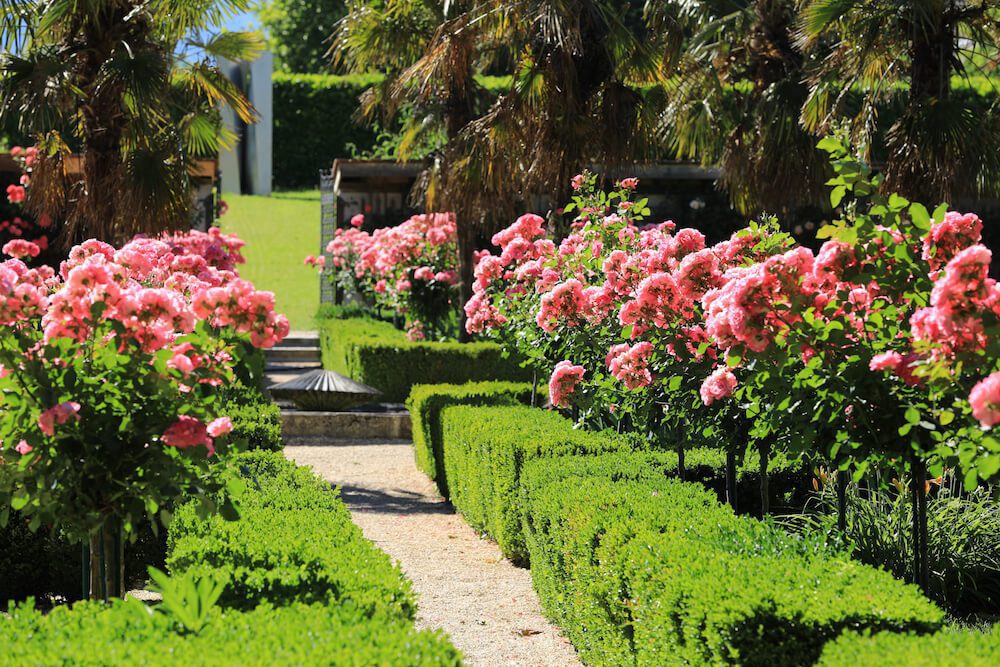 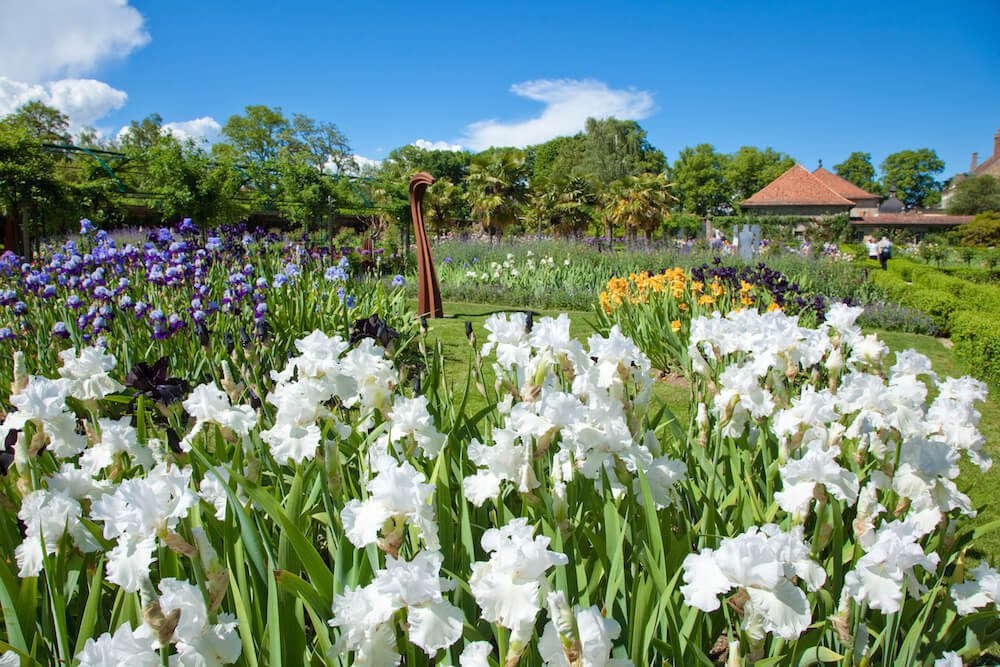 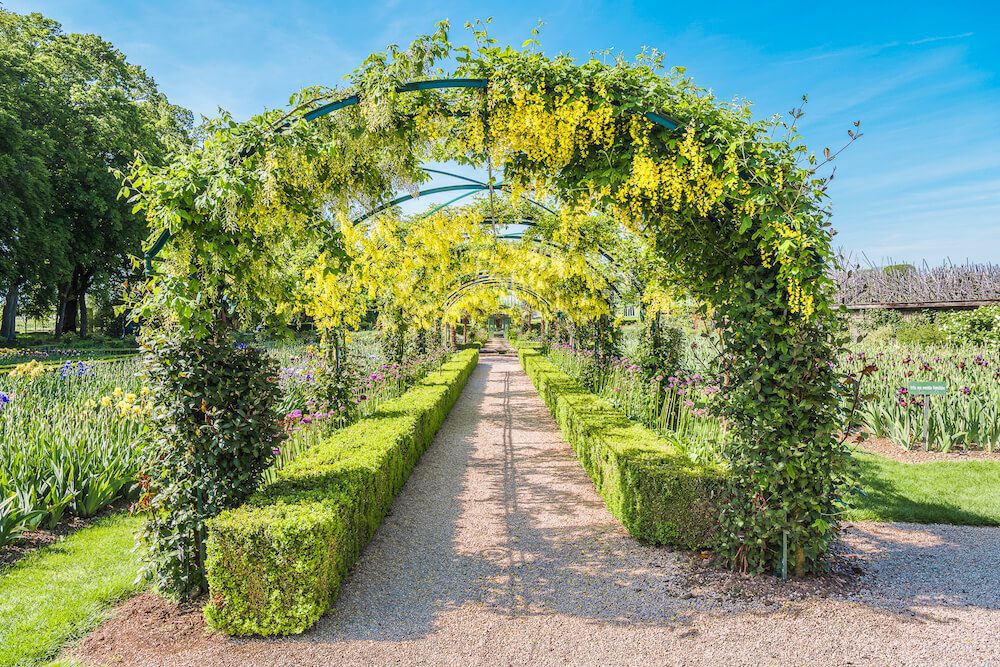 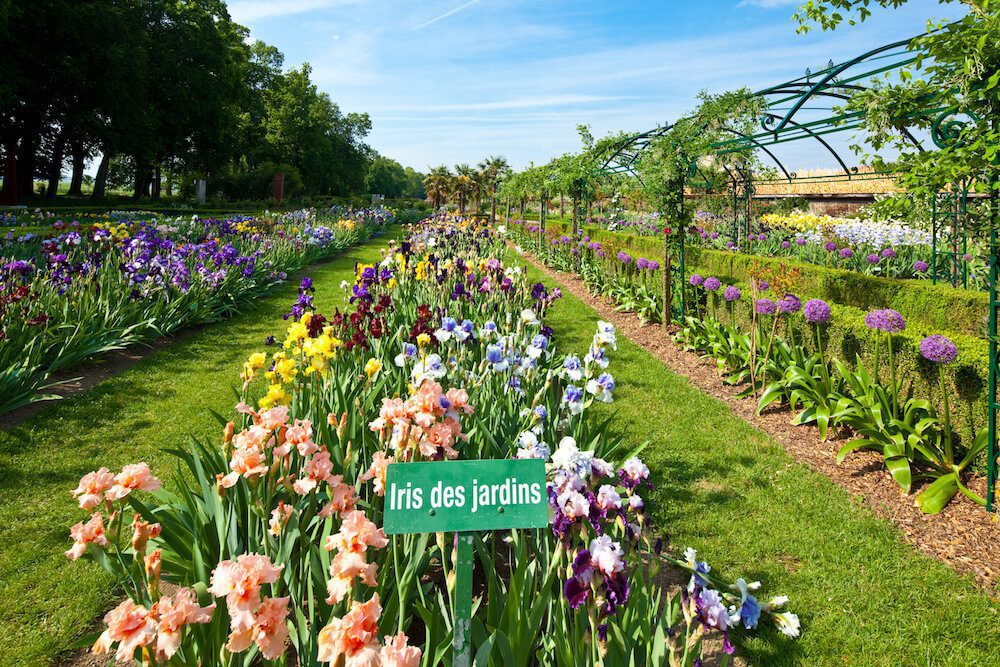 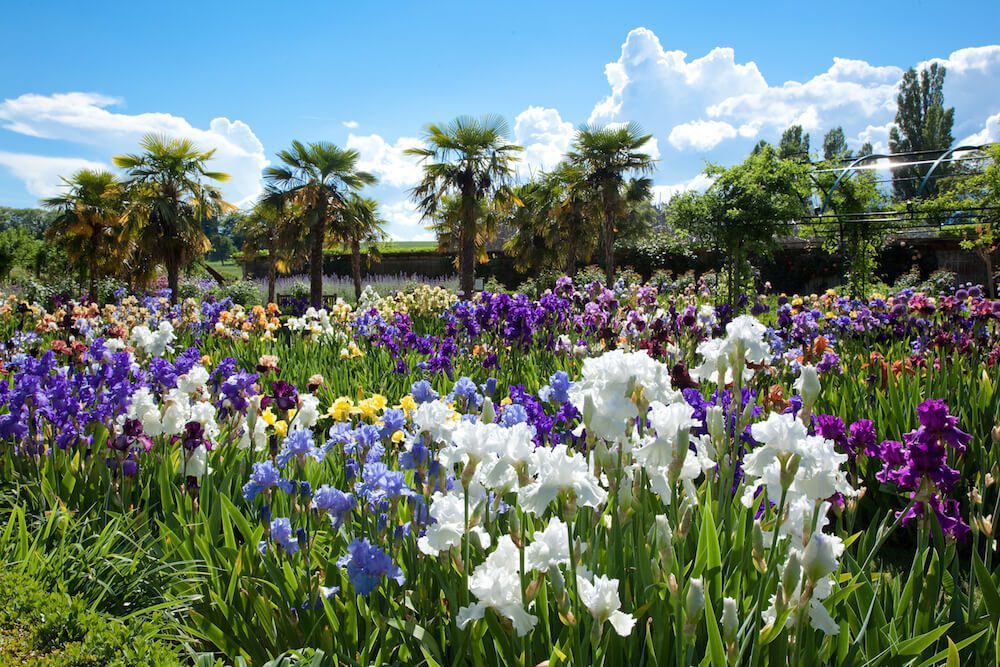 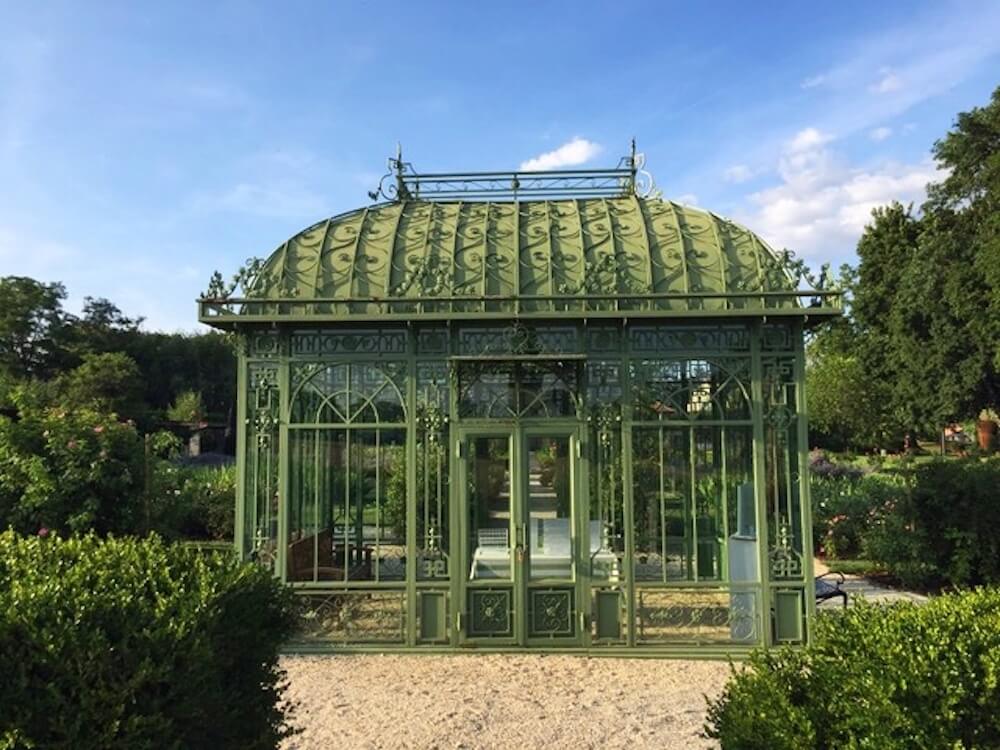 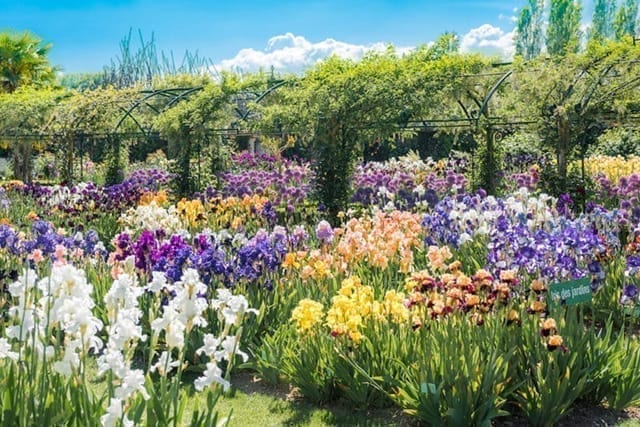 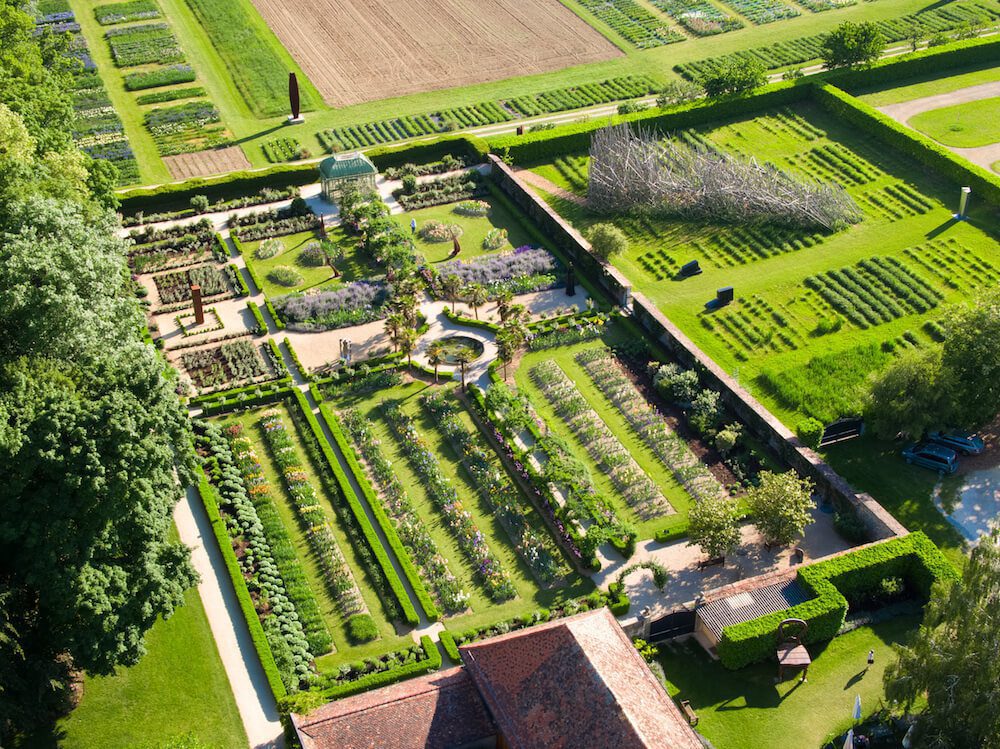