A natural refrigerator dating back to medieval times

The identification of medieval ice pits is a controversial topic among archaeologists as they were not built according to any standardised construction style. They are considered by some to be cesspits, dumps, silos, even dungeons, in the absence of texts confirming the existence of ice pits.

Nevertheless, in Europe numerous castles were equipped with special constructions for conserving ice right up until the late 19th century. They consisted of large underground rooms or vast wells in which ice collected from lakes in the winter was piled. The pit was generally north facing and topped with masonry work, which in turn was covered with a dome of earth to provide better insulation. In the pit, the ice was protected from the earth and the outside air using straw and branches. To reduce air circulation, buckets of water were regularly added. The water froze as it flowed, filling any empty spaces. The meltwater was collected in a hole built into the base of the well to aid its elimination.

The historic ice pit at the Château de Vullierens was discovered in 2018 during restoration work. It measures 4 meters in depth and 3 meters in width. 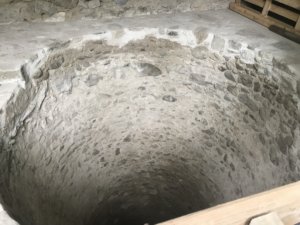 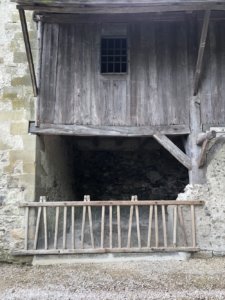