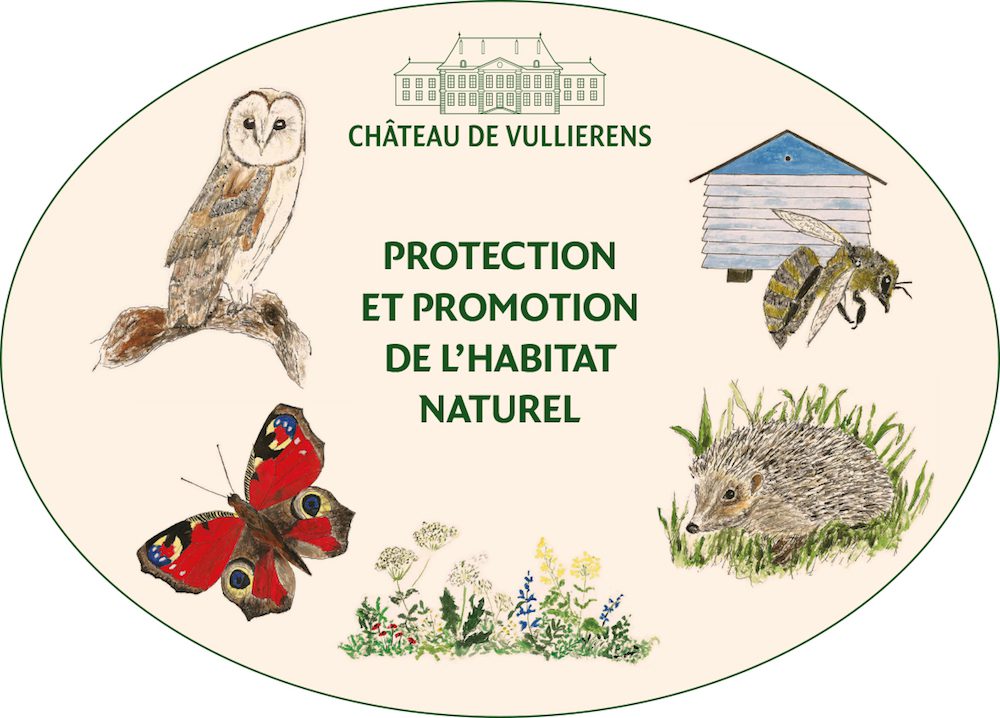 “We are aware that Nature has given us an incredible place, endowed with riches that it is our duty to preserve. The gardens of the Château de Vullierens welcome thousands of visitors every year. Admired for their beauty, the diversity of their essences and flowers, our land also tells the story of biodiversity. In a desire to offer gardens that are as beautiful from the outside as they are from the inside, Château de Vullierens has been committed since 2019 to promoting wildlife by offering resources and refuges for animal and plant species that together contribute to the balance of our gardens”.

With its 100 hectares of land, forests and gardens, the Château de Vullierens is home to flora and fauna that are both rich and essential to the preservation of species and Nature. Since their creation in 1950, these gardens have been synonymous with the preservation of the landscape and biodiversity, one not working without the other. A natural biotope that is already present and which since 2019 has been enriched by the creation of tailor-made habitats designed to accommodate mainly 8 species of insects and animals. An environmental project that will grow in the years to come, necessary, useful and also didactic. Indeed, the Château de Vullierens intends to make its visitors aware of the preservation of biodiversity, by inspiring and informing them, thanks in particular to the presence of volunteer guides who will criss-cross the gardens from April to October.

To date, the art of biodiversity at the Château de Vullierens is written with the presence of 8 different species, each playing a role in the balance of its gardens.

Owls and birds
Three nesting boxes installed around the Castle are intended to accommodate Barn Owls (Tyto alba). This protected species will live alongside other bird species, such as the familiar robin, blue tit, tree chaffinch, torch-nuthatch, and green woodpecker, thanks to the 55 small nesting boxes recently installed for the next spring nesting season. As the Château collaborates with the University of Lausanne, their researchers monitor these nests several times a season.

Butterflies, dragonflies and damselflies
The ecological richness of a garden is measured by the presence of indicator species such as certain butterflies. The gardens of Château de Vullierens already host many families of lepidoptera, such as Nymphalidae (Vanessa cardui, Inachis io) and Papilionidae (Papilio machaon), and will see new species introduced in 2020. In order to promote diversity, the gardens of the Château have a wide variety of plant species, including plants that are favourable to the presence of butterflies, such as sedum, lavender and heather. Some plants serve as hosts for the reproduction and feeding of caterpillars, while others are only visited by adult butterflies for their nectar.

There are 80 species of dragonflies in Switzerland. Eggs and larvae develop in water, whereas adult dragonflies live on land, which requires the presence of different and interconnected habitats. The moat and the Secret Garden of the Castle are perfectly adapted biotopes which also host numerous dragonflies and damselflies (Cordulegaster boltonii and Aeshna affinis). In order to enrich the species already present, new ones will be introduced by adding eggs and larvae.

Bees and auxiliary insects
The diversity of our plantations allows a maximum flowering covering the needs of the bees throughout the year. In order to favour ideal conditions in spring after their hibernation period, Château de Vullierens will install several hives in the coming years. Their aim is above all ecological and didactic, aiming to offer the bees an environment that suits them and not to introduce intensive cultivation with the sole objective of producing honey.

An observation area will allow visitors to understand how a hive works by being immersed in its heart. In order to ensure the diversity necessary for the life and the safeguard of the bees, different nesting areas will be created for both bumble bees and mason bees.

Insects represent the richest class of species in the animal kingdom, and nearly 60% of all animal species. They play an essential role in the preservation and survival of other species. Thanks to the creation of a dozen insect hotels, the gardens of the Château will encourage the installation of auxiliary insects, such as ladybirds, butterflies, bees, earwigs, lacewings and beetles, and promote their survival. Insects that will not only pollinate plants but also fight pests. With its refuges, the Château de Vullierens works with and not against Nature.

Hedgehogs and amphibians
Hedgehogs have existed for more than 60 million years, increasingly threatened, they need new refuges. The Château de Vullierens offers them protected areas, shelters to nest and hibernate, in return these small omnivorous mammals are excellent helpers, they play an essential role for biodiversity and help preserve the balance of green spaces. In order to increase the number of breeding adults and ensure the survival of the species, the Château de Vullierens is collaborating in particular with the association SOS Hérisson and has already released several adult males in the small wood at the end of the bridle path.

The wetlands of the Château, the Moat and the Secret Garden, have always been home to several species of toads and frogs. In order to increase their presence and provide them with an environment conducive to their development, the pond in the small wood will soon be home to new amphibians.

By offering diversified and safe resources and refuges, the Château de Vullierens encourages wildlife, preserving animal and plant species which together contribute to the balance of its gardens.

Because beauty is cultivated above all from within. 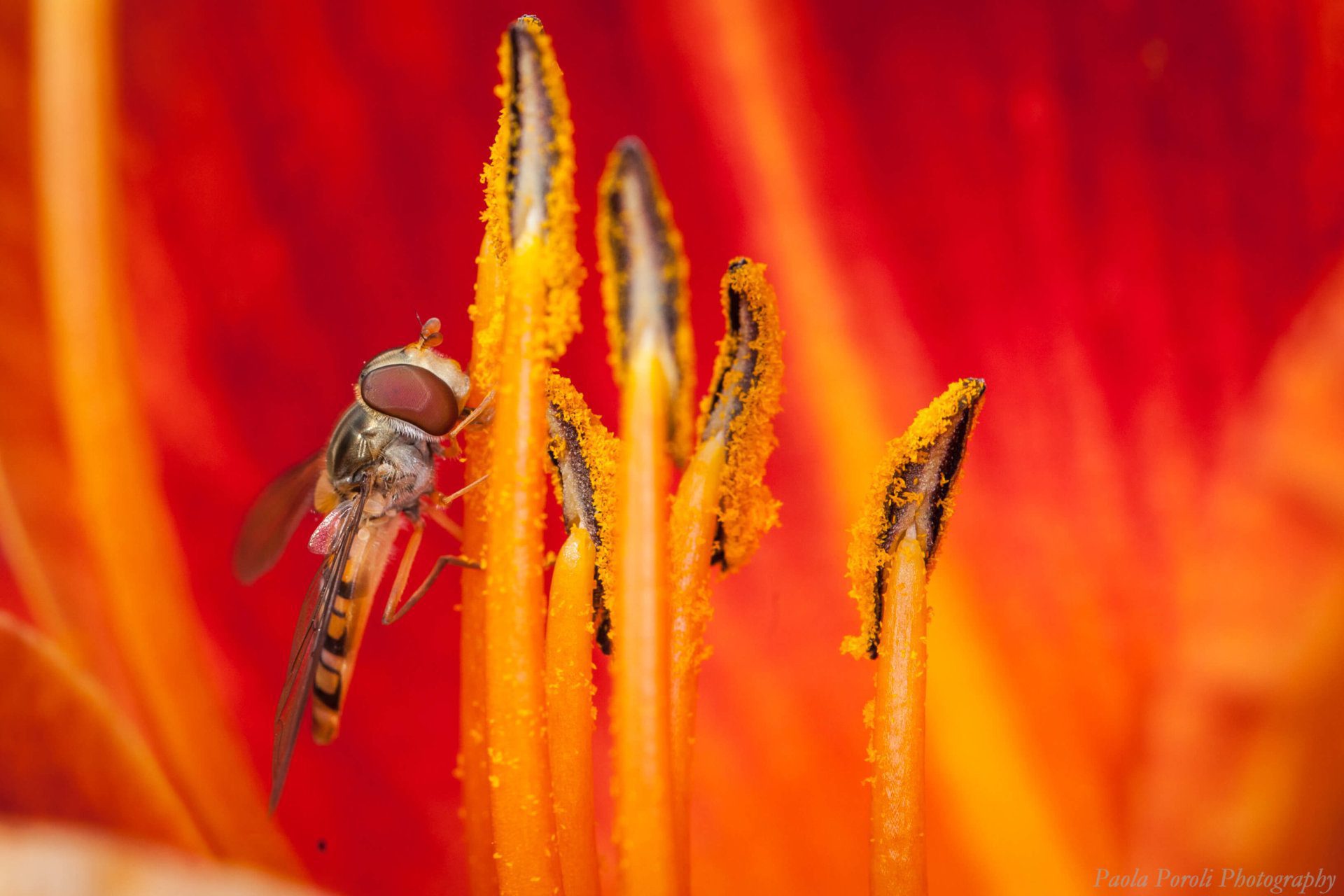